5 great Barcelona museums that are free on weekend 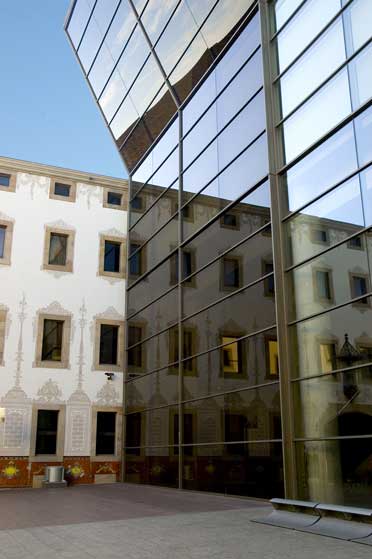 Every Sunday from 15h and during all the day on the first Sunday of the month several museums in Barcelona open their doors to the public and are totally free.

We have selected 5 museums for you that would be a shame not to visit:

Discover Roman Barcelona in the basement of the Gothic Quarter. Surprising by its size (4.000m2) from outside it is difficult to imagine that the whole neighbourhood rests on a labyrinth of galleries. Once inside a journey to the past begins as one can walk under the plaza del Rey and the surrounding buildings to discover the remains of the Roman city and Visigoth: streets, villas, oil deposits and wine cellars… discovered by chance in 1920 during construction work.

The building that serves as the entrance to the museum is a fifteenth century Gothic palace, which was dismantled stone by stone to prevent its destruction, at the opening of the avenue "Via Layetana" in 1908.

Barcelona Maritime Museum is housed in large Gothic naves built at the end of the 13th century. It was in these shipyards that the battle galleys of the King of Aragon's fleet were built. In 1423, 12 galleys were built simultaneously which represented for the time a colossal human work.

This museum depicts the history of the Catalan Navy and their domination of the Mediterranean Sea. The most important piece being a reproduction of the royal galley of Juan of Austria, flagship of the Battle of Lepanto, in 1571. Measuring 60 meters long, it was the largest galley of the time. It required 290 rowers and carried 400 sailors and soldiers.

Visiting the museum also makes it possible to visit the Paillebot Santa Eulalia, a 1919 sailboat, moored at the port, which engaged in cabotage and passenger transport.

An interesting exhibition with audio-visuals that depict the construction and life on the battle galleys.

In 1946 the Barcelona City Council dedicated this gothic palace to the exhibition of its collections but the space was insufficient and two other museums were also created to house all these strange objects. Well known for its collection of religious Spanish sculptures, it is a pleasant and surprising place.

Even if you do not visit the museum, enter to see the very nice patio at the end of which you will an open-air bar, open only in summer, which offers a unique environment to rest for a moment.

The museum of modern art, inaugurated in 1994, was previously a hospice, the casa de la caritat (charity house), built in 1802 on the foundations of a medieval monastery. Its facade and the patio of the original building have been conserved and successfully integrated into the new glass and steel construction. The building has received several architectural awards.

The museum hosts many temporary exhibitions, consult the programming on their website.

The paintings and drawings exhibited in this museum trace the beginnings of Picasso. Inaugurated in 1963, this museum has 3,800 works by the Malaga born artist and organizes many temporary exhibitions.
Known for the exhibit of 58 preparatory paintings on the theme of "Las Meninas", free adaptations of Velázquez's famous painting.

Free entrance Thursday from 18h to 21h30 and the first Sunday of the month.
Free admissions tickets must be booked on their website, and are available 4 days in advance: